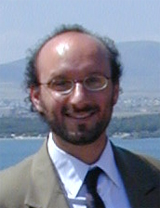 Zaven Kalayjian is an electrical engineer and has worked in various technical positions in the Washington, DC area. He received his BSE in Electrical Engineering from the University of Pennsylvania and a PhD in Electrical and Computer Engineering from Johns Hopkins University. From 2001 to 2009, he worked and lived in Yerevan, Armenia. He was Director of Microelectronics at Epygi Labs AM, an adjunct professor in CIS at the American University of Armenia, and has worked as a consultant and in a number of startups in Armenia in the telecom and technology sector. He is also a deacon in the Armenian Apostolic Church and has developed and run religious education and catechetical programs in Yerevan. Dr. Kalayjian currently resides in Virginia and is active in the DC-Metro Armenian community.